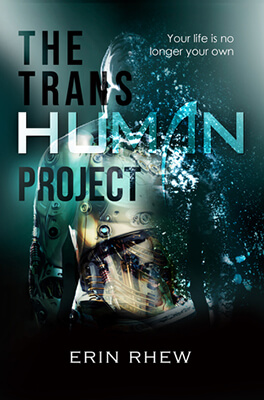 When a video of Molly Richards is taken out of context and goes viral, she’s thrust into the upper echelons of social media stardom and becomes an overnight success in a country where Life Channel ratings reign supreme. As Kadar’s fastest rising celebrity, her life becomes a media circus, a show put on for the shallow national audience salivating for the next new thing.

But in a world where image is king, danger and death hide among the shadows. In the nearby country of Pacifica, the brutal Caezar turns his citizens into robotic weapons who infiltrate Kadar as sleeper transhumans. They walk among the populace, unaware they are pawns in the madman’s personal arsenal.

Only Molly, her friends, and an elite group of Kadarian fighters known as the Cyber Knights fully understand the transhuman threat, and only they can break the Caezar’s terrorist grip on both Pacifica and Kadar. Battling Fire Bots and humanoid agents, they seek to put a stop to the Caezar’s tyranny by unraveling the secrets buried between layers of deception.And they have to do it all while smiling and waving for the cameras.

As Molly and her friends peer behind the glitz and glamour, they discover something more frightening and more sinister than anything they’ve encountered yet…the truth.

Hello, and thank you for hosting me on your blog! <waves to readers> Today, I’ve been asked to tell you about my favorite part of writing The Transhuman Project and why. Whew, that’s a good question, with a potentially complicated answer. So, here we go…

My favorite part about writing this book is my character MacCoy Adams. Originally, I named him MacKoy, with a K, and intended him to be a homage to Star Trek. I’m a huge nerd and Trekkie. But in July of 2017, my grandfather—PaPa, whom I adore with all my heart—passed away. From the moment I was born, I was his BabyDoll. That’s what he’s always called me, and that’s how he always treated me. So, his passing has been one of the hardest things I’ve ever had to deal with.

Now, PaPa’s real name was Coy. And he hated it. When I was a little girl, he used to tell me the story of how he got his name. Now, my PaPa was a huge jokester, so this story could be completely made up, or it could absolutely be true. I honestly don’t know which.

So, the story goes like this: PaPa was the baby of seven. By the time he was born, his parents were tired of picking out names, so they didn’t even bother to pick one out for him. While his mother was giving birth to him, his father went out to feed to pigs (they were farmers). Just as PaPa came into the world, all pink and squalling, his mother called out the window, “Hey, it’s another boy. What do you want to name him?” Well, PaPa’s dad was busy calling the pigs to dinner, and in the South, we yell, “Coy! Coy, pig, pig, pig.” So, while PaPa’s dad was hollering at the pigs, PaPa’s mom proceeded to name him Coy, thinking that’s what her husband wanted.

When the time came, I knew I had to change MacKoy to MacCoy because Mac is a jokester, just like my PaPa.

Another thing I love about Mac is his propensity for saying random phrases from the past. I had a blast looking up old sayings for him to use. You’ll read things like “Slow down, speed racer” and “She’s the cat’s meow.” When I was younger, I was obsessed with times gone by, so I like the idea of introducing a whole new generation to sayings from the past.

And finally, Mac is ultimately my homage to Rick Riordan and Percy Jackson. I have a character in every book who has a little bit of Percy snark, and in this one, it’s Mac. I hope he’s as endearing to my readers as Percy is to me. Oh, Percy, when will you crawl out of the pages of the book and entertain me in real?

Thank you so much for hosting me for this blog tour, and I hope you all enjoy reading Mac as much as I enjoyed writing him! 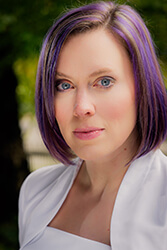 Erin Rhew is an editor, the operations manager for a small press, and a YA fantasy and sci-fi author. Since she picked up Morris the Moose Goes to School at age four, she has been infatuated with the written word. She went on to work as a grammar and writing tutor in college and is still teased by her family and friends for being a member of the "Grammar Police."

A Southern girl by blood and birth, Erin spent years in a rainy pocket of the Pacific Northwest before returning to her roots in the land of hushpuppies, sweet tea, and pig pickin’. She’s married to fellow author, the amazingly talented (and totally handsome) Deek Rhew, and spends her time writing side-by-side with him under the watchful eye of their patient-as-a-saint writing assistant, a tabby cat named Trinity. Erin and Deek enjoy taking long walks, drinking coffee, lifting, boxing, eating pizza, staying up late into the night talking, and adventuring together.

You’re welcome! Thanks to Erin Rhew for the guest post!

“You can’t turn love on and off like a light switch, no matter how hard you try. All you can do is wall it off, one brick at a time, until you’ve created an impenetrable fortress around your emotions.”