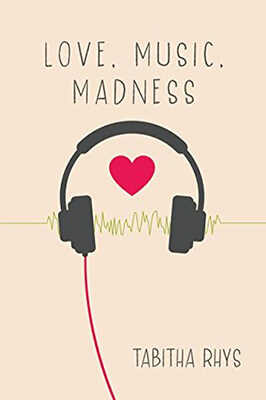 Songwriting partners Lawson Harper and Jessa Warlow’s musical ambitions are derailed when their so-called relationship ends disastrously. However, neither Lawson nor Jessa are willing to give up on the album’s worth of soul-searing songs they wrote together—songs they’re sure are good enough to change both their lives.

Will the chemistry that fuels their creativity drive them to make the record of a lifetime, or only to absolute madness?

Q & A with Tabitha Rhys

You used to tour as an indie musician. How much of the book is based on your experiences?

Although I have plenty of tour stories that I’ll tell someday, none of the situations in Love, Music, Madness actually happened. In fact, I started writing stories about early versions of the main characters before I ever wrote a song or performed onstage. The characters have been with me so long that they feel like friends, especially the protagonist Lawson and his fellow songwriter Jessa. While I was on the road, I’d imagine their adventures while I was trying to get to sleep after a show in a strange place. In a way, their world was an escape. At the same time, I drew from my experiences making music throughout Love, Music, Madness. That’s how I was able to describe what it feels like to build a song from the ground up, get in sync with another musician, and, yes, feel inspired by somebody who might just be bad for you.

What was it like playing music on the road?

It was amazing! I poured out my heart at every show and got rid of some personal demons. Music for me at that time was cathartic, even healing. I also saw a lot of the United States and met fascinating people. I’ve heard it said that going on tour as an indie musician means looking at the inside of a bar or club every night and not much more. That wasn’t the case for me. I used couchsurfing.com to find hosts and stayed with generous, hospitable locals who gave me a proper introduction to the cities and towns I stayed in. I ate barbeque in Memphis, hiked along the crater lakes in Oregon, tasted wine at a festival in Sonoma County, and so much more.

You acted in your book trailer. How did you decide to take on the role of the main character’s sometimes-love interest, Jessa Warlow?

I’m not an actor and Jessa is very different from me. And yet, I felt like I could play her simply because I “know” her so well. Believe it or not, I invented her in middle school. She was the main character of many of my stories back then, mostly because I liked that she was bold and unshakeable while I was timid and sensitive. Wardrobe helped with playing her too. To get Jessa’s look, I just skipped over my usual jeans and dug out the dresses in the back of my closet.

What is the song we hear in the background of your book trailer?

It’s called “California.” I wrote and recorded it especially for the trailer with my husband’s band, Stereium. We tried to make it sound like the songs I describe in the book. That, in itself, was an adventure. 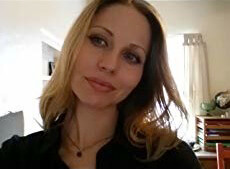 Tabitha Rhys is a writer and mom with a passion for music, misfits, and subculture. She grew up in the Philadelphia suburbs and now resides in Riverside, CA with her husband and son.

Good site you have here.. It’s hard to find high quality
writing like yours nowadays. I truly appreciate people like you!