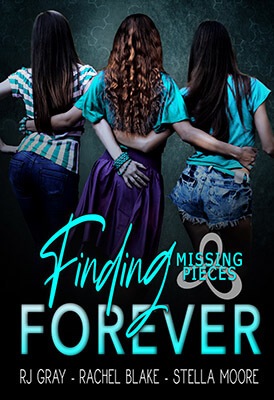 Three sisters, separated at birth, identical down to their DNA. For over thirty years, they lived without knowledge of the each other’s existence until one fateful night changed everything.

Now, a new revelation is testing the bonds of their relationships. Hidden family secrets and broken promises threaten to tear them apart and destroy the family they’ve just begun to build. And it’s not just their relationships with each other on the line.

Can they work past their differences and face these trials together? Or will these three sisters become nothing more than strangers who happen to look alike once again?

Publisher’s Note: The conclusion of the Missing Pieces saga contains mystery, secrets, and a theme of power exchange.

Pushing herself off his lap, she stood and walked out of the room. The punishment routine was part of their ritual. Down the hallway, her feet pitter pattering against the cool wood, she turned into the master bedroom. She heard Luca letting the dog out into the backyard, Trident was protective of her; he didn’t appreciate it when Luca spanked her. She removed her clothing, before going into the bathroom. Teagan stared at the woman in the mirror, the strong, brave woman who had endured a beginning full of trauma. The little girl who had lost her mother a mere thirty minutes after her birth and had been separated from her sisters, the one who had overcome adversities and trials, who had risen, pulling herself up by her bootstraps.

The one strong enough to admit that she needed a warrior to tame her, to hold on to her, to keep her from shattering apart by her own hands. It was okay to need another person in her life, to love and lean on someone else. It was okay to be a consenting adult who wanted this dynamic and yearned for the kind of give and take having a Daddy Dominant brought. She wasn’t going to feel guilty about being cherished and disciplined, spoiled and held accountable, loved beyond measure by her own protector just because it wasn’t the normal relationship. No, her needs were different, and that was okay. Her big, bad, former Navy SEAL was coming into the room in a minute to spank the ever-loving daylights out of her behind, and she knew she deserved each and every swat. She craved it, and after two days of not sleeping, she could guarantee, tonight, she would sleep peacefully, because everything would be right in the world again. It would be reset. That’s just how this worked. It was how he worked. How they worked. She was giving herself permission to accept it and to stop running away.

The corner was every bit as humiliating as it ever was—humbling. This time, it was also peaceful. For the first time, Teagan didn’t resent standing there and waiting for him. She didn’t count the cracks in the paint or mentally think about rearranging the furniture. She didn’t make a checklist of paperwork she had to do at work or chores that needed to get done at home or any of the other dozens of things that her brain normally wondered about as she stood there, waiting for her executioner to come into the room and call her to him. No, this time, she thought about Luca. 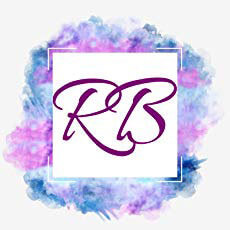 I have been writing since high school, but truthfully never thought it would go any further than a few short stories hidden deep within my laptop. It wasn't until my family moved away from everything we knew that I started writing stuff worth sharing. Now, my husband, three kids, our plethora of animals, and I live in the Midwest. When I'm not running around like your stereotypical soccer mom (sans the minivan) I am writing the type of stories I have always secretly treasured. Love stories with a sexy alpha male and a strong submissive female. 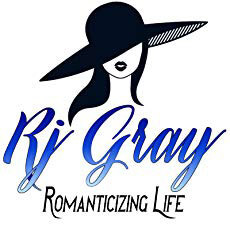 RJ Gray romanticizes life with a slightly kinky mind. She resides in Virginia with her husband, two young sons and naughty beagle lab puppy. Her hobbies include whipping up delicious meals, capturing life's beauty with her camera and spending time in the strong arms of her husband of fifteen years, Bomb Dom. 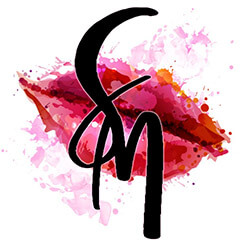 Stella has been writing spanking fiction off and on for years, but she's just recently taken the plunge into writing full on novels. She is from the school of "write what you know", and her husband is always willing (sometimes too willing!) to assist with any research she needs.