Sneak Peek from An Eye for a Lie By Cy Wyss 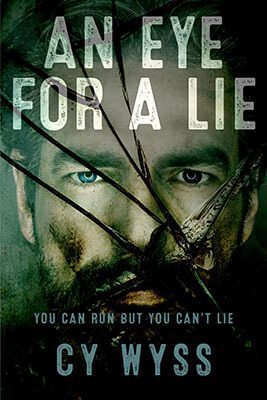 An Eye for a Lie

Lukas Richter is a San Francisco police detective with a cybernetic eye and heightened senses. He can detect the same autonomous responses as a polygraph machine, so he has a leg up in determining guilt.

In An Eye for a Lie, his first full-length novel, Richter is accused of murder and the evidence seems incontrovertible, including a bullet that was somehow fired from his gun when he claims he was nowhere near the crime scene. In the background, San Francisco is aflame over Richter’s shooting of an unarmed Asian man, an incident some are calling “the Asian Ferguson.”

Can Inspector Richter convince a plucky and suspicious FBI agent of his innocence in the face of overwhelming accusations and public persecution?

Sneak Peek from An Eye for a Lie 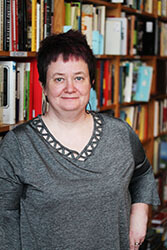 Cy Wyss is a writer based in Indianapolis, Indiana. She has a Ph.D. in computer science and her day job involves wrangling and analyzing genetic data. Cy is the author of three full-length novels as well as a collection of short stories and the owner and chief editor of Nighttime Dog Press, LLC.

Before studying computer science, Cy obtained her undergraduate degree in mathematics and English literature as well as masters-level degrees in philosophy and artificial intelligence. She studied overseas for three years in the UK, although she never managed to develop a British accent.

Cy currently resides in Indianapolis with her husband, daughter, and two obstreperous but lovable felines. In addition to writing, she enjoys reading, cooking, and walking 5k races to benefit charity. https://www.bookbub.com/authors/cy-wyss

Visit these other great hosts on this tour for more great reviews, interviews, guest posts, and giveaways!

This is a rafflecopter giveaway hosted by Partners in Crime Virtual Book Tours for Cy Wyss. There will be 2 winners of one (1) Amazon.com Gift Card each. The giveaway begins on May 27, 2019 and runs through July 29, 2019. Void where prohibited.