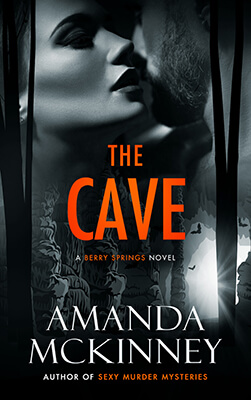 After getting trapped in a remote cave, two strangers must work together to survive while being hunted by a ruthless killer…Life is full of surprises, rescue swimmer Owen Grayson knows that better than anyone, especially when he’s forced to take an indefinite military leave and return home to pick up the pieces of his dad’s latest mistake. As Owen struggles to settle back into his roots, he is called to a remote cave where he discovers the mysterious death of his uncle wasn’t an accident at all. As the clues begin to unravel, it becomes apparent that the cave is hiding secrets worth killing for… and everyone on site has a target on their back.
Coming off a bad break up and an even worse few days, Forensic Anthropologist Dr. Sadie Hart is brought in to excavate human remains found deep in the treacherous mountains of Berry Springs, in a cave rumored to be haunted, nonetheless. When her team stumbles upon a dead body before they even reach the cave, Sadie quickly realizes this is going to be no ordinary job—especially when she meets a particularly bull-headed Adonis who claims to be related to the victim. A storm hits, trapping Sadie and Owen inside the cave with nothing but a flashlight and a small backpack with provisions… and someone who wants them dead.
As the odds stack up against them, Sadie begins to fear she and Owen will become the next pile of bones found deep in the catacombs of Crypts Cavern… THE CAVE is a standalone romantic suspense novel.

I get a lot of questions about how, or why I became a writer. And, to be honest, it came out of nowhere (and includes lots of vodka). A few years ago, I had my first baby boy and my life took an unexpected pivot when my husband and I made the tough decision for me to walk away from my career and become a stay-at-home mom. I didn’t realize at the time that decision was the first step guiding me to my new career. But first, let’s back up a step—I’d always struggled with what I was meant to do professionally. After graduating college, I became Miss Corporate America. My world was cubicles, PowerPoint presentations, quotas, and butt-kissing. I knew, deep down, this was not my path. I jumped around from company to company, trying to find contentment, but every day was the same. Zero excitement. Zero passion. The quote from Office Space where Peter says, “Human beings were not meant to sit in little cubicles all day” ran through my head at least once a week. I wanted to be the person who said, “I love what I do so much that it doesn’t feel like work.” As the years dragged on, I kept sending positive energy out into the world, praying that I’d find whatever that job was. And one day, after trading briefcases for diaper bags, the decades-long quest finally ended after I wrote the first few paragraphs of my first book during my baby’s naptime. I instantly fell in love with writing and never looked back. I was scared at first, rejected plenty, and wanted to quit a few times, but my passion for writing prevailed. Through the ups and downs, I simply kept putting one foot in front of the other (sometimes to the liquor cabinet), and didn’t give up. It’s been one hell of a journey and very humbling to see how the little decisions and pivots in life led me discovering my true passion, my dream. And on that note, I’d like to finish this little story by urging you to go chase your dream. Finally, just do it. Silence the paralyzing “what if’s” and the “it’s just not a good time.” Take that first step, and then the next, and the next. You’re going to fall on your face, be humbled beyond belief, but at the end of the day, you’ll know you did something—SOMETHING—to work toward a deeper happiness and to better your position in life, whatever that looks like for you. Through the journey, you’ll be reminded of how strong you are, and also of that God-given GRIT that lives in all of us. And eventually, you’re going to sit back with a glass of vodka, smile, and say, “I f*cking did it.” So here’s to a summer filled with awesome books, and in the meantime, chasing that dream of yours. 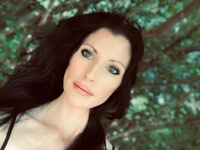 Amanda McKinney is the bestselling and multi-award-winning author of more than ten romantic suspense and mystery novels. She wrote her debut novel, LETHAL LEGACY, in 2017 after walking away from her career to become a writer and stay-at-home mom. Set in small, southern towns, Amanda's books are page-turning murder mysteries packed with steamy romance.

Sneek Peak: Sunrise on Half Moon by Robyn...

“Sorry, sweetheart,” he murmurs, “you’re going to learn that sometimes, not being in control is extremely liberating.”